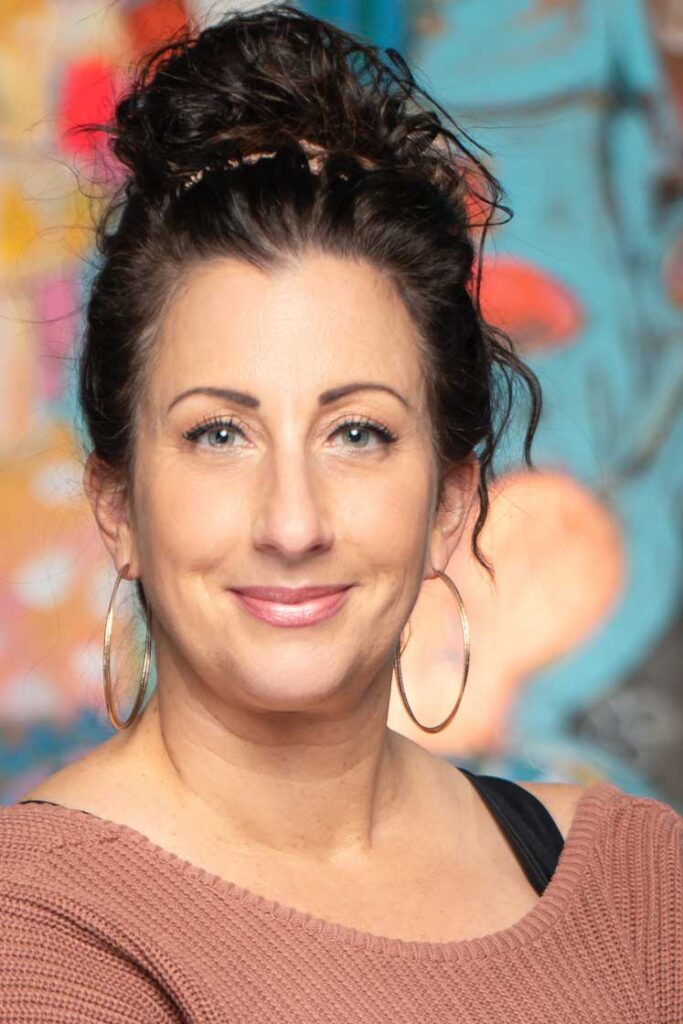 Born in the Netherlands with a pencil and brush in her hand and ever since she was a child an artlover in many ways. Esther’s painting refers to small things in life which for her are the very most important. Such as love, family and friendship. Happiness, humour and warmth are the elements of her paintings that she would like to imply on those people looking at it.

The work of Esther has a lot of variety and not just an ordinary artistic style. Her works are known by her self-expression and limitless bound to brace the theoretical borders. She paints with acrylic on canvas and uses ink, ink spray, charcoal and oil pastels. Once she picked a canvas, it is the start of her painting. The pleasure of painting for her is not only the end result but the development, continuous discovery during the process and the surprises not knowing what will be the outcome. It is the art of letting things go and freeing yourself.

She loves painting animals in a comical way and unrealistic as they have a very special place in her heart. The eyes of her characters have big round eyes and look a bit like goggle-eyes. As eyes are the mirror of the soul she likes to put them in the spotlight. The main characters are called Wipi (bird) and Pepe (frog) and new added “Sneaky Wipi”.

Besides that you can find her art on showcase at the big Asian Artshows: Art Revolution Taipei (5th edition) Tokyo International Artfair (DAS), AAF Hongkong (postponed because of covid), AAF Singapore (postponed because of covid). In 2017 her art was shown at HILTON London. In 2015 The Haegeumgang theme Museum in South – Korea added an e-ster-art to their private collection. Esther works closely together with several artdealers. One of those artdealers collects exclusive artpieces from well known artist like Ayako Rokkaku, Takashi Muraki and many others. Recently Esther signed a new contract with an artdealer based in Shanghai, China. A start of a new journey has begun.

The art of Esther get’s more and more recognition as she was featured in artcatalogues and magazines like Vogue Taiwan, The Press England and Navenant Netherlands.